The search for australia, the mysterious continent of the southern hemisphere

For centuries European navigators dreamed of finding Terra Australis, a huge continent whose existence was based on erroneous theories but which turned out to be real.

James Cook has traditionally been regarded as the “discoverer” of Australia. Regardless of the ethnocentric connotations of the term discovery, the fact is that Cook was not the first to reach the Australian coastline, let alone to explore it thoroughly.

Long before the first European ships sighted the world’s largest island, the existence of a large land mass in the southern hemisphere was a given. The geographer Claudius Ptolemy had already hypothesised it in the 2nd century AD, and 16th century world maps began to include at their lower end an imaginary coastline corresponding to this land, the dimensions and shape of which were unknown. The geographer Abraham Ortelius, in his Theatrum Orbis Terrarum – considered the first modern atlas – called it Terra Australis Nondum Cognita, “southern land as yet unknown”, a name that was successively applied to Australia and Antarctica. 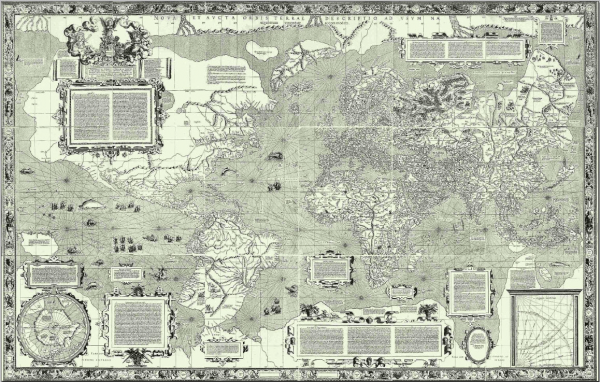 The theory behind this claim was, however, erroneous: it was believed that the land bodies of the two hemispheres must be balanced and that there must therefore be a huge continent somewhere south of Asia to compensate for the mass of Europe and Asia combined. That Australia actually existed was a coincidence, otherwise, explorers might have been scouring the seas in vain for centuries.

The first Europeans to approach this unknown southern land were the Spanish and Portuguese in the 16th century. The Portuguese explorer Cristóvão de Mendonça described the islands of the Indian Ocean in the early 16th century, including a large island, although it is impossible to know if it was Australia. On the other hand, Portuguese nautical charts of the time showed the coast of an island south of Sumatra called “the Great Java”, although it is not certain whether they sighted it or relied on accounts collected by Marco Polo.

At the end of the same century, the Spanish navigator Álvaro de Mendaña set out from Lima on two voyages of exploration of the South Pacific, reaching various archipelagos such as the Solomon Islands and the Marquesas. But it was the Dutch navigators who were the first to announce with certainty that they had reached a continent unknown to Europeans. In 1606, the navigator Willem Janszoon explored the coasts of New Guinea and went on to the Gulf of Carpentaria, on the north coast of Australia; in the same year, Luis Váez de Torres also touched the beaches of the Cape York Peninsula.

In the following decades, various expeditions – mostly Dutch – slowly mapped the north and west coasts of Australia, while the eastern coast was not explored until James Cook’s arrival in 1770 and the southern coast even later, until 1801: it was the English captain Matthew Flinders who first sailed south of the island and made the first complete circumnavigation of Australia.

Despite the progressive exploration of Australia’s coastline, for nearly two centuries no nation showed any interest in exploring the new continent, let alone colonising it, as there was nothing there to interest them. Reports from Dutch explorers described it as “a desert and cursed territory, swelteringly hot, without trees or grass”. Worse still were the impressions of the natives, described as savage, primitive and sometimes cannibalistic.

Map of European exploration of Australia in the years before 1813. ©Lencer

Until the late 18th century, the main interest of navigators was in charting the waters around Australia to identify reefs and shoals that posed a danger to navigation, especially in the Coral Sea off the northeast coast. Many ships passed through this area en route to the Indian Ocean islands and not a few had run aground or been wrecked, forcing crews to survive for months until another ship passed.

The first serious attempt to reach the mainland was made by the Englishman Gregory Blaxland. In 1813, this farmer led an expedition to the Blue Mountains in south-eastern Australia to discover if there was land suitable for agriculture. They found large tracts of arable land and were rewarded by the governor of New South Wales with 400 hectares each. Exploration of the Australian outback lasted for another century and was carried out in a piecemeal fashion, avoiding the vast wastelands that meant certain death as they had no clue as to the distances they would have to travel or the geography they would encounter. To facilitate the crossings, they brought camels, the only animals suited to the torrid interior.

If you liked this article and found it interesting, you can support us by donating here.

The “forgotten” crimes of Simón Bolívar

A naval defeat for Nelson